How Understanding Anxiety Has Helped Me Deal With It Better 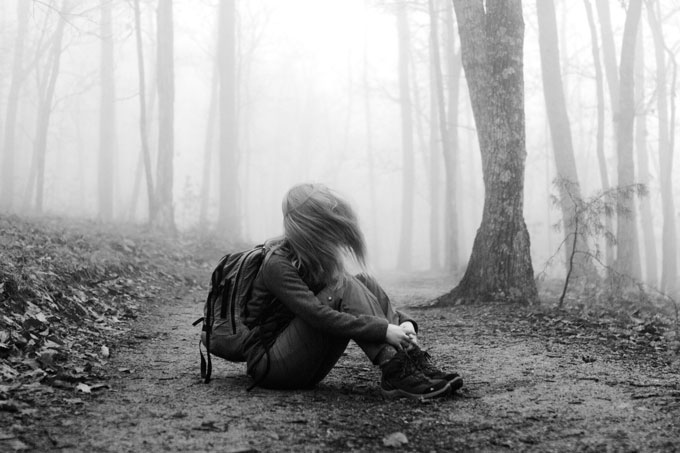 Have you ever felt like you were the last one to get the memo?

Have you ever finally figured something out and it turned out to be so simple you wondered if everyone else already knew? And you were the last person in the world to figure it out?

I feel that way about understanding anxiety. I struggled for years and years without getting this one key piece. And once I finally understood it, it made so much sense I felt pretty annoyed I hadn’t figured it out a gazillion years ago.

Maybe I really was the last one to get the memo.

But just in case I wasn’t and you are a fellow anxiety warrior who hasn’t received this memo yet, I’m going to deliver it to you today. 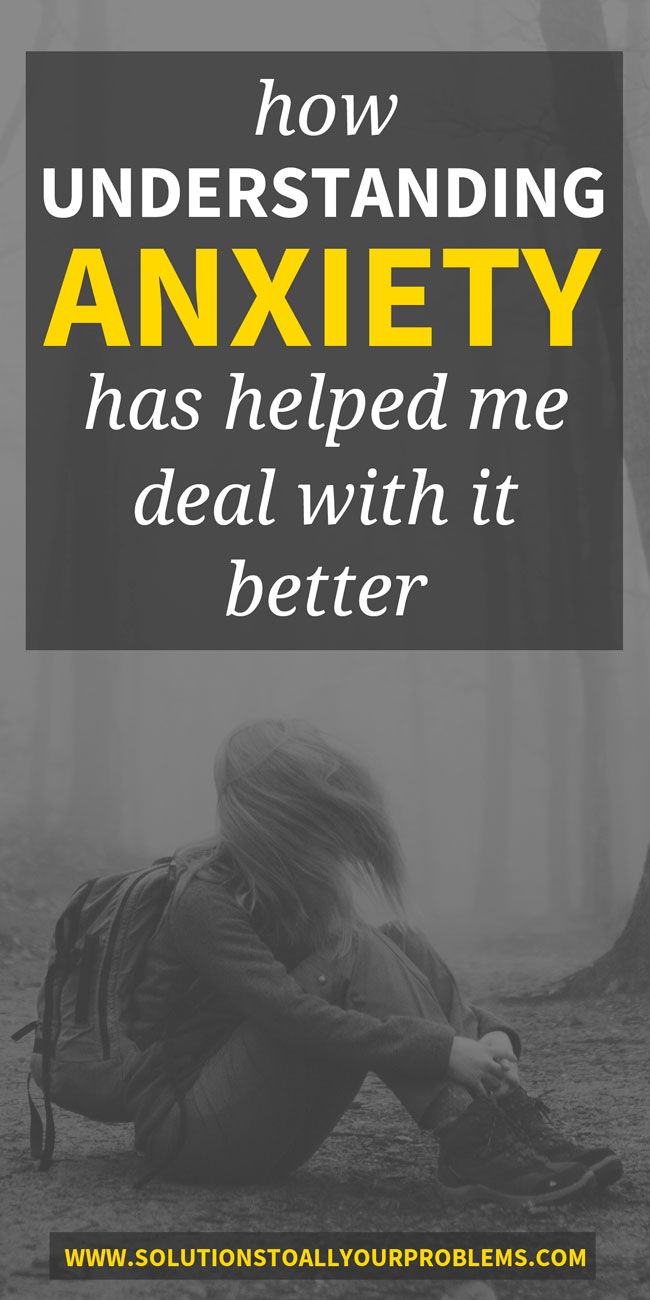 Anxiety Is Not Just A Mental Disorder

The central message of the memo is this: Anxiety has both physical and mental symptoms and you really SHOULD learn to differentiate between the two!

Cause they feed off each other, which makes everything worse.

I’m not going to promise you that learning this difference will make your anxiety go away completely. At least it hasn’t done that for me. But it has notably reduced the amount of time I’m under the spell, so to speak, and it has made this anxiety thing easier to live with in general.

The Difference Between Physical And Mental Anxiety Symptoms

So what the heck do I mean by differentiating between physical and mental anxiety symptoms?

I simply mean that some of the symptoms you experience might be mental, as in ruminating and worrying or even obsessing about certain things in your mind. And some of your symptoms might be physical, as in weird feelings in your stomach, faster heartbeat, shortness of breath, shaking, sweating, or just a general sense of tension and discomfort throughout your body.

The Fight Or Flight Mode

The physical symptoms are a result of your body going into the fight or flight mode. Your brain detects a potential threat and sends signals throughout your body to prepare for danger. This all happens super quickly – so quickly that your conscious mind isn’t even aware of whatever triggered this process until it’s already happening.

The tricky thing is that when you have an anxiety disorder, your brain is insanely sensitive to any potential threat. Your brain sees threats where the average person’s brain doesn’t. And it keeps sending your body into fight or flight all. the. time.

How The Physical And Mental Symptoms Feed Off Each Other

Before I learned to differentiate between the mental and physical sides of anxiety, there was a sort of cycle going on:

Something would trigger my brain to go into fight or flight – usually an external event, but sometimes a random thought that would pop in my mind.

→ I would worry in my mind

→ The worries in my mind would trigger even more physical symptoms

All of this would happen very quickly and the physical and mental symptoms were so intertwined for me that they were pretty much one and the same.  The fear and worry would rise in my body and my whole being would FEEL terribly anxious. I would identify with the fear and say things like “I am anxious” or “I’m so worried” or “I’m so freaked out”.

I would be triggered so often that I would eventually stop even trying to analyze what specifically was triggering me.  The triggers were like bullets hitting me from every direction and I would simply surrender. I would curl up on the ground and take them.

Sometimes Your Brain Is Wrong

Until I understood that the physical anxiety symptoms were produced by my animal brain alerting my body about potential threats.

Until I started to see that my brain wasn’t always right about judging what was a threat worth worrying about and what wasn’t.

Until I stopped automatically trusting my brain.

Let me give you a silly example of how your brain can be wrong.

A few weeks ago I was on the lawn tractor mowing the yard and I saw a snake go under the front tire. In a split second, my brain alerted me to the threat by sending my body into fight or flight.  I felt the all-too-familiar sinking feeling in my stomach, my entire body getting tense, and my heart rate picking up.

But lo and behold, even though my body was going into this tailspin, I managed to have a second look at the very scary threat of a snake. And guess what? I saw it wasn’t actually a snake. It was a tree branch!

And as soon as that fact registered, my trusty old brain stopped the fight or flight reaction before it even really got going and calm seeped back into my body as quickly as it had escaped less than a minute before.

So knowing that your brain is not infallible in judging what’s worth worrying about, how can you use this knowledge to reduce your physical anxiety symptoms?

When I started methodically taking these four simple steps, I was able to cut short several anxiety attacks every day that otherwise would have just spiraled out of control.

Here are a couple of examples:

When I was a child, my brain learned that an angry male voice meant physical violence was about to take place. To this day, when I hear my husband taking on a stern tone with our kids, my brain’s immediate reaction is fight or flight. But as I take a deep breath and remind myself that this is the man who cried real tears when he accidentally kicked the puppy who ran into his feet, the panic subsides.

At a former place of employment, my brain learned that the bling of an email arriving often meant the stress of dealing with crazy drama. Still, whenever I hear a similar bling, my brain wants to go in fight or flight.  But as I take a deep breath and remind myself that those people’s drama is no longer mine to carry, the panic subsides.

This process works so smoothly on so many triggers I encounter on a daily basis, I wish I could tell you that it works like that ALL the time.

But my policy on this blog is brutal honesty, so I will tell you where and how this process falls apart for me.

First of all, because a lot of my anxiety is centered around other people, I’m not able to execute these steps very well in the presence of most other people. It works beautifully when I’m by myself, but if others are present, I usually need to leave the situation before I’m able to completely calm down.

Second, not all fear and anxiety is entirely unwarranted. So no matter how rational I try to be, sometimes I can’t convince myself that there is nothing to worry about. Because sometimes there actually is something to worry about.  And my super-sensitive brain doesn’t know how to give me just a little jolt of fight or flight for a small threat.  It likes to go all out regardless of the size of the threat.

Like during a recent health scare, when I asked my doctor how worried I should be and she said 3 on a scale from 1 to 10.  Well, my animal brain doesn’t know how to count and my stress level stayed at a 10 until the situation was resolved!

But I’m happy that I can stop at least some anxiety attacks.

This may be a small distinction, but it helps me to remind myself that my mind doesn’t have to be a slave to what my animal brain is telling my body to do. I don’t have to believe all the signals that my brain is sending me.

I can’t always stop the physical symptoms, but I don’t have to buy into the fear.

The fear doesn’t own me.

P.S. Did you find this article helpful?  If yes, you might be interested in the Conquer Your Anxiety eBook Bundle.  It’s a step-by-step guide I created to help you address potential physical causes of anxiety, create a tranquil lifestyle, and learn to process fears and worries so that they never get out of control.

5 Ways Conquering My Anxiety Has Changed My Life

The Real Reason Why You Can’t Just “Think Positive”

Anxiety Books By People Who Have Actually Struggled With Anxiety

7 Signs You Have HSP Anxiety

Anxiety Risk Factors I Wish I Had Known About Sooner