Highly Sensitive People And Depression: What You Need To Know 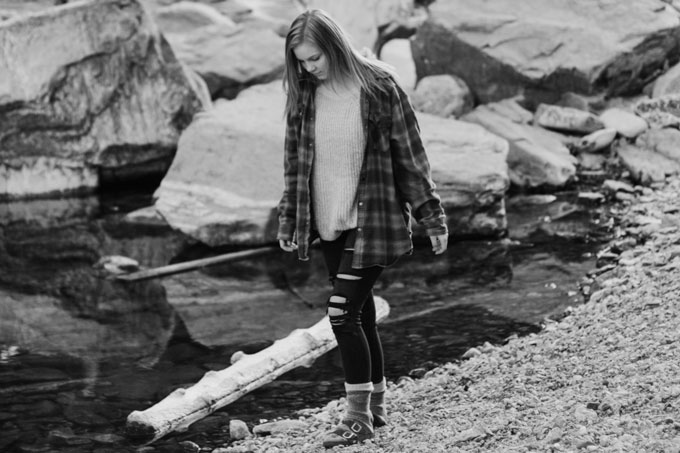 Today’s topic is highly sensitive people and depression.  A dear reader recently contacted me, because she is having a hard time figuring out if her teenage daughter is seriously depressed or if she is just being a typical teenager who also happens to be a highly sensitive introvert.

This got me thinking about how a lot of what we do as HSPs must look terribly alarming to non-HSPs.  Take, for example, some of my own antics over the past few years.  I walked away from a successful career with a six-figure income.  I destroyed my social life, ending roughly 99 percent of the “acquaintanceships” I used to participate in.  I insisted on creating a schedule that allows me to withdraw from all human contact for several hours most days.  And to top it all off…  Whenever I would hit a low mood, I stubbornly refused to talk about it and instead went to hide in my bedroom behind closed doors.

Yes, some people may see me as loonie-bin material, but guess what?  I don’t care.  I don’t care, because I feel healthier and happier now than I ever have in my 40+ years of life.

With that being said… In certain circumstances, highly sensitive people can be more vulnerable to depression than non-HSPs.  I’m an ex-poster-child of HSP depression myself.  There are times when concern is warranted.  We shouldn’t just write off all of our weird behaviors as HSP-quirks. 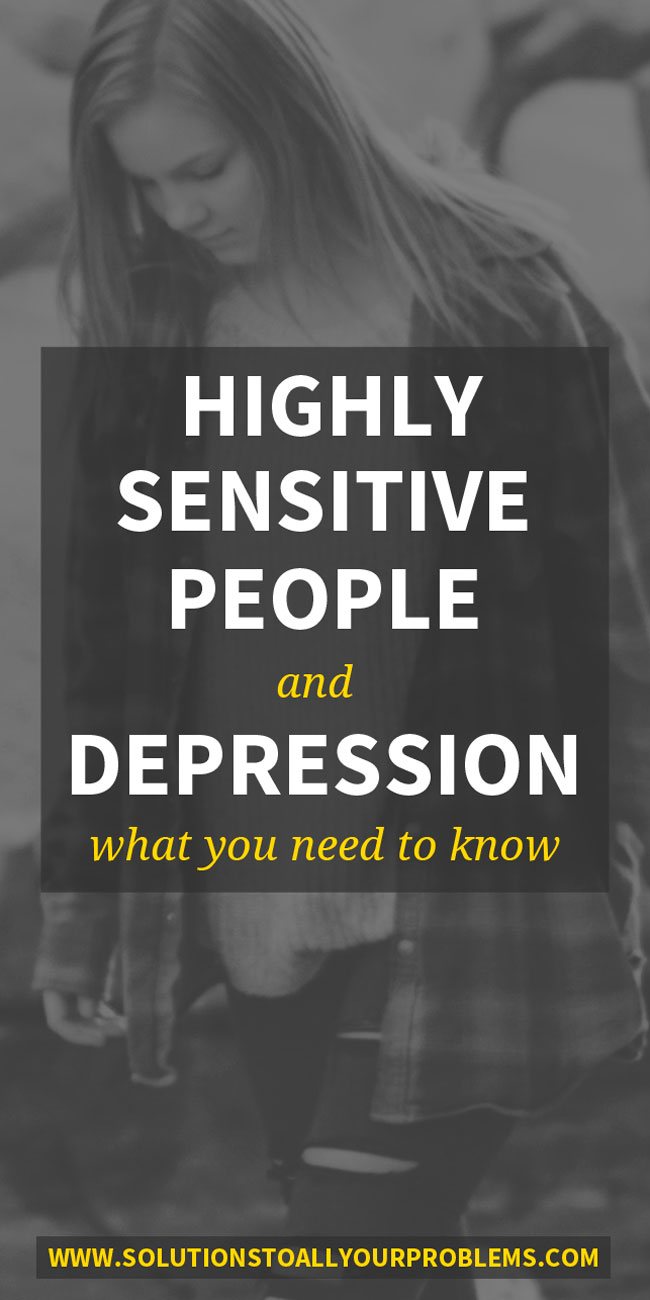 Highly Sensitive People And Depression: What You Need To Know

HSPs are more likely than non-HSPs to become depressed, especially if they have had a troubled childhood or otherwise stressful life.  Here’s why.

1. Chronic Overstimulation And The Inability To Control It

Overarousal or overstimulation is a feeling of being frazzled and out-of-control.  And when you are feeling that way for a prolonged period of time or too frequently, it stresses you out and tires you out.  It’s like becoming hung over from experiencing life.  It’s mentally and physically exhausting.  It often comes with bodily symptoms, such as headaches, that make it harder to bear.  It clouds your thinking and makes it inordinately difficult to problem-solve.  It can make you highly irritable or a teary mess or both.

It basically feels like your brain is so tired it starts to shut down.

Now, put yourself in the shoes of an HSP who has either never heard about the HSP trait or doesn’t really get what it means…  You don’t know what overstimulation is.  You don’t know why it’s happening to you.  You think you are the only one who this happens to.  You have zero clue how to prevent it or manage it or overcome it.

In that situation, it’s not terribly surprising that you will start feeling less than positive about life in general and eventually sink into the hopelessness of depression.  And to make matters worse, overstimulation isn’t just “in your head”.  It’s a physiological process.  It’s stress.

2. Being Sensitive To Everything, Including Potential Causes Of Depression

This is one of the reasons why you might see siblings coming from the same dysfunctional family environment with vastly different outcomes.  People who are exposed to prolonged stress as children risk developing a dysregulated stress response system.  They grow into adults whose bodies overreact to stressors and have a harder time returning to a normal state after being stressed.  HSPs are more likely to be vulnerable to these influences, because they absorb the circumstances more and their bodies are more sensitive to stressors to begin with.

But HSPs are not just vulnerable to depression caused by a troubled childhood and the associated stress.  There are a multitude of other causes of depression that might affect HSPs more than non-HSPs.  Medications, hormonal shifts, diet, environmental stressors, other people’s moods…

All these things have the potential to affect us more easily and more deeply, therefore making us more vulnerable to depression.

Highly sensitive people tend to have stronger emotional reactions  – both positive and negative – than non-HSPs.  This means that when we feel bad, we feel REALLY bad.  We might cry more easily.  We might get hyper emotional.  We might go into a place that’s really low and really dark.

One of the hall-marks of high sensitivity is depth of processing.  We tend to process information more deeply than non-HSPs.  We like to think a lot.  We like to consider and ponder and dream and fantasize.  This is one of our greatest strengths, but it can be a double-edged sword when our brains are mostly focused on imagining all the ways in which things can go wrong and dwelling on everything that is bad.

Highly sensitive people are a minority.  We constitute an estimated 15 to 20 percent of the population.  Although that’s not a tiny minority, many of us have learned to blend in and hide our true selves.  So even though you may have run into many other HSPs over your lifetime, you may not know it.

This can make an HSP feel very alone.  Different from everyone.  Somehow flawed.  Broken.  A misfit in a society that thrives on speed and noise and stimuli.

To exacerbate these feelings, HSPs tend to have high levels empathy, which makes them sensitive to other people’s feelings and opinions.  So the inevitable “you need to toughen up” and “quit being so sensitive” and “do you have to be so high-maintenance” comments will make matters worse.

How Can You Tell If A Highly Sensitive Person Is Depressed?

I’ve known that I’m an HSP for quite a while now.  I know what it means, I know I’m not alone, and I have learned to see it as a strength more than a weakness.  I know how to take care of my body and limit my exposure to potential stressors.  I know what causes overstimulation for me and how to avoid it for long periods of time.

Yet, after years of work, I’m STILL not completely immune to overstimulation.  Sometimes life gets away from me.  Sometimes I push myself to do more than I know I should.  Sometimes I’ve been doing well for so long that I forget I have limits.

You know…  All the things that depressed people say.

Yet, for me, this is not depression.  I have been depressed, and when I was, this is how I was feeling the vast majority of the time.

Now, these lows are a blip.  They don’t last more than a few hours max, because I know I simply failed to respect my limits and I just need to go sleep it off.

I’m not saying it’s acceptable or desirable to go that low and my goal is to get to where I can avoid lows like this altogether.  But it also doesn’t help to overreact to something that happens infrequently and is fixed by a few hours of sleep and solitude.

So to figure out whether an HSP needs some kind of help or intervention, I wouldn’t give very much weight to intensity of feeling in any one instance.  Instead, I would look at mood and outlook on life over time.

How Is Depression Recovery Different For Highly Sensitive People?

Here’s what an HSP needs to both prevent depression and recover from it:

What about you?  Are you an HSP with depression?  What has been your biggest struggle?  What has helped you the most?  I would love for you to chime in in the comments below! 🙂

Why Do I Hate My Life?

How To Not Let Irrational Thinking Ruin Your Whole Life

How To Manage Strong Emotions

How To Think Positive When Depressed (It’s Not What You Think!)