Highly Sensitive People And Antidepressants: What You Need To Know 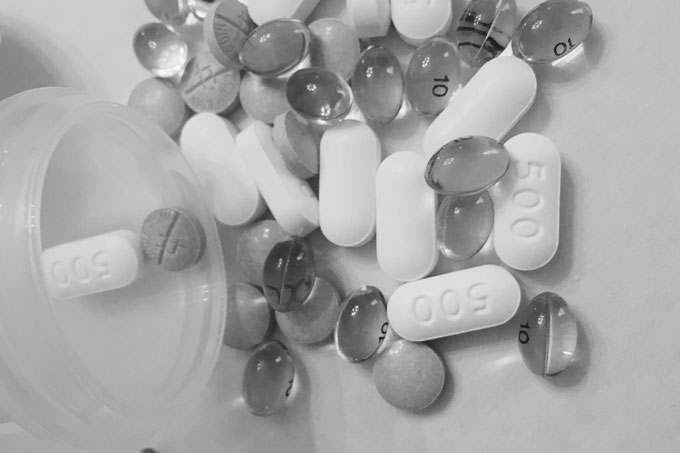 Every now and then someone leaves a comment on one of my articles, and when I start typing up a “quick” response, I realize an hour later that what I’ve written qualifies as a brand new blog post.  I guess we could call these comments thought-provoking. 😀

A case in point: a commenter asked why I didn’t include medications in my list of 17 Ways To Manage Overstimulation for Highly Sensitive People.

Now, before we go any further, let me emphasize that I have zero authority or desire to tell anyone whether they should or shouldn’t take antidepressants.  I’m not a mental health professional and I’m not qualified to diagnose or treat mental health conditions.  Depression has many potential causes, and if you have questions about the appropriate intervention for you, please consult a qualified professional.

Furthermore, if some HSPs want to take antidepressants and feel well taking them, I have no problem with that.  I’m glad they found a solution that works for them.

What I do have a problem with, however, is implying that medications are always a good solution for managing overstimulation or pressuring HSPs to take medications to “cure” their condition. 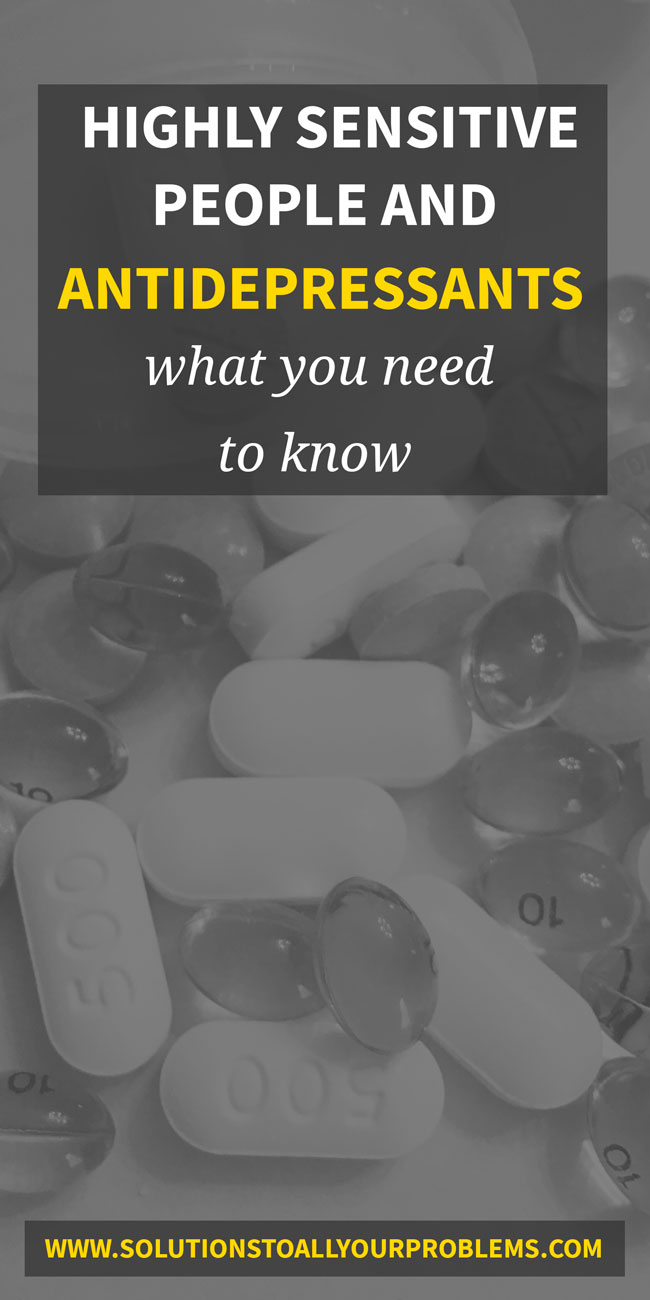 1. High Sensitivity Is Not A Disease, Disorder, Or “Condition”

Highly sensitive people are more likely than non-HSPs to become depressed, especially if they have had a troubled childhood or otherwise stressful life.

However, high sensitivity itself is not a disease, disorder, or condition to be cured.  It’s a genetic trait that is found in 15 to 20 percent of the population and it comes with both advantages and disadvantages.  Overstimulation and vulnerability to depression are among the disadvantages.

If a highly sensitive person wants to change the expression of their genetic trait and use medications to become less sensitive, that is their right.

But not all of us want that.  For some of us, the advantages of being a highly sensitive person outweigh the disadvantages.  And asking us to take medication is kind of like telling all red-haired people to dye their hair brown to fit in better with the majority.  Or telling all extraverts to take a pill to make them talk less. 😉

First of all, medications sometimes affect highly sensitive people more than the average person.  In practice, this means that we may need smaller doses than those commonly available.  For example, if I take the smallest available dose of Xanax, it renders me so “calm” I’m unable to function.  It’s great if I just want to lay in bed drooling and feeling nothing, but it’s not so great if I want to take care of my kids or get some work done.

Second, if we are more affected by the intended action of the medication, we are also more affected by the side effects.  This is the biggest reason antidepressants became a non-option for me personally and why I started my journey to find another way to combat depression.  After trying countless combinations of antidepressants, I never found one where the benefits outweighed the agony of the side effects.

Some people might take antidepressants for a period of time while they are figuring out what they need in order to truly heal.  However, antidepressants are not curative and they don’t always address the root causes of depression and anxiety in highly sensitive people.

And what do I mean by root causes?

I mean that when things go wonky in our brains that doesn’t usually happen out of the blue for no reason.  You don’t just get hit by depression the way you get hit by the flu virus.  While there are a whole lot of neurotransmitters and different ways they can go wonky in our brains, for highly sensitive people, depression is often preceded by stress from chronic overstimulation.

Now, if an HSP wants to lead a stimulating high-stress lifestyle and wants to take medications for the rest of their life to enable them to do so, that is their right.

But not all of us want that.

I don’t want that.

All the medications I have tried (and I tried many back in the day) made me feel bad, so I don’t want to take them for the rest of my life.

And I’m not dying to lead a high-stress lifestyle either.  Not only would that hurt my health in countless ways not addressed by anti-depressants, but I tried living a more fast-paced life and I didn’t like it.

And I don’t need to be medicated just because some other people wanted to create a society that is sometimes too stimulating for me.

What Does It Really Mean To Be Overstimulated?

For The Highly Sensitive Person Overwhelmed By World Events

The HSP Characteristic That Has Hurt Me The Most