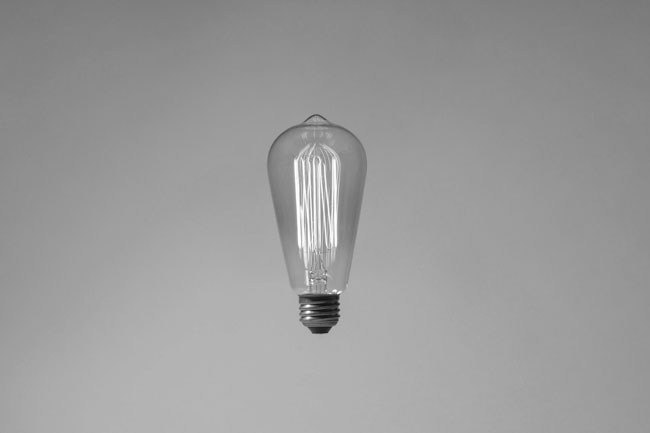 When I was a kid, I thought of adults as these semi-gods who have it all together.  They have it all. figured. out.

So when I finally did get to adulthood and I most definitely didn’t have it all together, lots of freaking out ensued.  I mean wtf was wrong with me?  Why was I having such a hard time?

And I felt so alone with it all.  Like I was the ONLY one struggling.

The big-ass problem with this whole scenario was that I didn’t see struggle as a normal part of life.  I just focused on beating myself up for struggling.  For being the ONE rotten fish who couldn’t figure it all out when everyone else seemed to be just happily swimming along.

Instead of accepting that bad feelings were an inevitable result of living life as a human being on planet earth…  And instead of seeing problems as something to be addressed…  I was stuck berating myself for having problems in the first place.  As if I was somehow abnormal.

So this post is dedicated to the younger version of myself who is freaking out and feeling alone.  Let’s go over seven common sources of freak out, each of which falls into one of two categories: 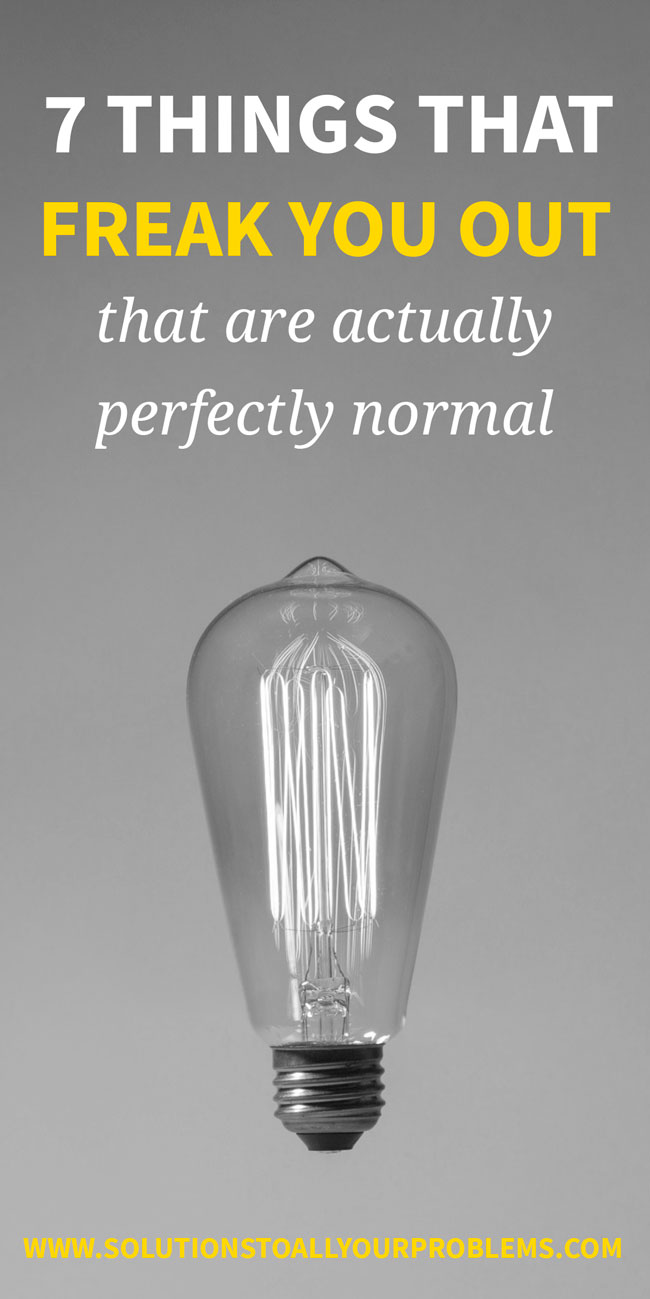 Let’s start with freaking out itself.  🙂

Freaking out is perfectly normal.  There is zero reason to beat yourself up or think there’s something horribly wrong with you if you engage in an occasional freak out session.  Fear is one of basic human emotions and it has played a key role in helping us survive.  It’s perfectly normal to sometimes feel scared, to doubt yourself, and to worry.

Freaking out is only a problem if it’s never-ending.  It’s only when you live with dread all. the. time. and can’t make it stop that fear and worry slip into the anxiety territory and become a problem to be addressed.

Did you ever lay awake at night and start freaking out about not being able to get back to sleep?  And then the freaking out woke you up even more – pretty much guaranteeing that you were going to be staring at the ceiling rather than the inside of your eye lids for the rest of the night?

Me too!  I used to freak out about this all the time until I learned about sleep efficiency.  It turns out that 100 percent sleep efficiency – defined as staying fast asleep from the time your head hits the pillow to the time your alarm goes off in the morning – is actually not desirable.  It’s typically a sign of sleep deprivation.

A normal sleep efficiency is between 85 and 90 percent.  So if you are in bed for eight hours, it’s perfectly okay to spend one of those hours laying awake wondering if your husband is still alive even though you can’t hear him breathing.  (And being envious of all those other women whose husbands snore!)

Were you ever told that you are just too sensitive?  To grow thicker skin?  To take a chill pill?

Do lights or smells or sounds seem to bother you more than most other people?  Are you easily overwhelmed?  Are you deeply affected by other people’s feelings?

Has being this way totally freaked you out?

If yes, you might be a Highly Sensitive Person (HSP).  And guess what?  It’s a perfectly normal way to be.  High sensitivity is a genetic trait that is found in 15-20 percent of the population.

So that means there are more than ONE BILLION people in this world who are more sensitive than average.

Sounds pretty normal to me! 🙂

4. People Not Liking You

Speaking of other people’s feelings…  Were you ever freaked out, because you just knew that someone didn’t like you?

At first pass, the idea of people not liking you feels reee-ally uncomfortable.  But if you stop and think about it, isn’t it kind of … normal?

Picture walking into a room with 100 strangers and having a little chat with each.  Is it reasonable to expect each and every one of those people to like you?

When you think about it, it’s really not reasonable or within your realm of control to expect everyone to become your raving fan.

You are never going to please everyone.  No matter what. It’s just not possible. Different people want different things.

No need to freak out about it.

5. Not Being Able To Stick To A “Healthy” Diet

If you are having any kind of issue with food, you are most certainly not alone.  According to the Institute for Health Metrics and Evaluation, about two thirds of American adults are now overweight or obese.

And it’s not that they are all just eating too much and moving too little.  In the process of finding a diet that I can personally stick to and actually feel well on, I have learned that:

To begin the journey of finding the right diet for you, I highly recommend setting aside just about everything you ever thought you knew about food and checking out a book called The Personalized Diet

If I had a penny for every time I’ve felt a pang of regret about my career, I would never have to work another day in my life. 😉  How could I screw it up SO royally?

Well, yes, I may have screwed it up, but it turns out so did the vast majority of other people.

Hating your job is actually more normal than liking it.  According to Gallup’s World Poll, 85 percent of the world’s full-time workers are NOT engaged at work.  So people who like their jobs are the weirdos.

But here’s the exciting news.  It’s also perfectly normal to say to hell with it and switch to something more rewarding.  According to a Bureau of Labor Statistics Survey, people born between 1957 and 1964 held an average of 11.9 jobs from age 18 to age 50.  That’s a new job every two or three years!

So if you hate your current job, keep searching until you find one that makes you a weirdo!  It’s totally normal. 😀

Feeling bad feels bad.  But it’s also something that everyone has to experience.  It’s normal and necessary.  If you never felt bad, how would you know to appreciate the good times?

Regardless… Bad feelings show up for a reason.  They don’t show up just for you to stuff them.  They are nothing to freak out about.

They are trying to tell you something.

They are there to point something out to you.

They are something to listen to.

How To Become A Writer When You Are A Shy Introvert

How To Become A Writer When You Are A Shy Introvert