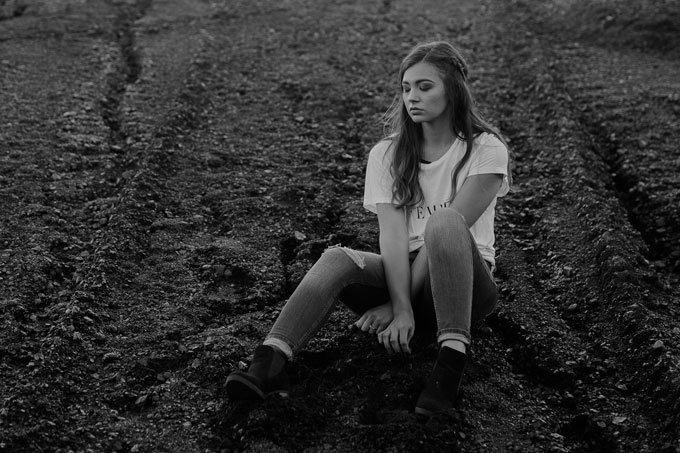 As is typical of highly sensitive people, I abhor conflict and confrontation. I’m pretty much completely incapable of saying no to someone’s face. Instead of standing up for what I want or what I believe in, I just smile.

To the point that I have a trail of abandoned relationships behind me. Abandoned because it was easier to leave than to say, hey, this isn’t working for me. Can we make some changes?

For much of my life, I have been a hopeless people pleaser and I can tell you this quality has not served me well. I have felt lonely because most of my relationships were one-sided. I have felt dissatisfied because my life was driven by other people’s preferences. I have felt exhausted from trying to be someone I’m not.

I would like to say that I have this completely figured out and I’m “all better” now. But I would be lying.

At this point, I would call myself a recovering people pleaser. I have come a long way from where I started. I understand and believe that people pleasing is not good for me. I have established boundaries. I don’t just smile and go along anymore. I don’t say yes when I don’t want to.

But I still have a terribly difficult time directly saying no to someone or expressing my disagreement. I have found ways of sneaking around that. I don’t sacrifice my own well-being anymore, but instead of just coming right out and saying it out loud, I do it in a stealthy “don’t mind me while I just tip-toe the fuck outta here” kind of way.

So I’m not where I want to be quite yet, but the rest of the road is clearly laid out in front of me and I know how to get to my destination.

To get where I am today – to make the shift from a hopeless people pleaser to a recovering people pleaser – I had to learn five lessons, which I’m going to share with you in this article.

Stop Being A People Pleaser: 5 Things I Had To Learn

1. If I Take Care Of My Own Needs First, I Have More To Give To Others

Before I could stop being a people pleaser, I had to learn that putting yourself and your own needs first is not selfish.

I learned this lesson the hard way when I became a mother. I failed to meet my own needs and let myself run ragged to the point where I was so exhausted I started fantasizing about death just so I wouldn’t have to fight to stay awake anymore. You know, if I was laying in a coffin, nobody would try to interrupt my peace and quiet.

Now if someone is THAT tired, do you think anyone around that person benefits?

Your first responsibility is always to yourself. The more you care for yourself, the better you’ll feel and the more you’ll be able to give to others. Put your own oxygen mask on before you help the minors.

Before I could stop being a people pleaser, I had to learn that even though conflict and confrontation are borderline unbearable for me, they can be helpful tools.

The relationship that I value the most in my life – the one with my husband – is also the one that I have worked at the hardest. And a lot of that work has included confronting the other person when there is an issue and working through conflicts.

In this one relationship, I have felt safe enough to let go of my people-pleasing persona (my husband will attest to that if you ask 😉 ) and the result is a very close connection that has continued to improve over time. We are two VERY different people and we have been through some VERY tough times together, but the reason we have survived as a couple is that we have been willing to ask each other for what we need and keep the lines of communication open. (And let’s be honest here.  Communication is just a nicer word for “argue” 😉 ).

If you want a close and meaningful relationship, it’s absolutely necessary to make your authentic voice heard.

3. Social Conventions Are Mostly Arbitrary And I Have No Obligation To Follow Them

Before I could stop being a people pleaser, I had to learn that I wasn’t obligated to follow other people’s versions of the “way things should be”.

I’ve had the privilege of spending a significant amount of time in two very different cultures.  I grew up in Finland, but I’ve lived in the US for my entire adult life. This amounts to roughly two decades in each country. When you have the opportunity to observe different cultures close-up, one thing that becomes very evident is how arbitrary most social conventions are and how much of the things we do and the way we relate to other people is just a function of “the way it’s always been here” – what’s considered polite behavior, what the traditions are, what the prevalent religious beliefs or non-beliefs are.

You can make arguments for why these conventions are beneficial, but many of them are not inherently “right” or “wrong”.  They are just habits that have evolved over time.

And you know what else? When these conventions came to be, I wasn’t asked if I agreed or if I wanted to participate. Nobody called me up for a meeting and said, hey Anni, are you ok with celebrations on random calendar dates, mindless chit-chat, or watching grown men run after a ball?

4. I Can Challenge My Inner Critic

Before I could stop being a people pleaser, I had to learn to challenge my own inner critic – that judgmental voice that would scold me for being selfish, for hurting people’s feelings. The voice that would warn me I would end up rejected and alone, kicked out of the tribe, if I didn’t follow the rules.

This voice still shouts loud and clear, but when it does, I have my counter-arguments ready:

5. I Am My Own Best Advocate

Before I could stop being a people pleaser, I had to learn that I am the final arbiter of what’s best for me.

Society teaches us not to trust ourselves. As children, we are told to obey our parents and teachers. As adults, we are taught to follow authority figures. Bosses, doctors, politicians… Anyone with credentials, anyone with a title, knows better than you do.

But little by little, through various life experiences, my unquestioning trust in authorities and credentials has been shaken, eventually crumbling to almost nothing, while my confidence in myself has grown. Every time “they” disappointed me and every time the wisdom of my own inner voice surprised me, the balance shifted a little.

When the men and boys who were supposed to protect me turned out to be violent.

When I knew there was something wrong with my body, but the doctors wouldn’t pay attention until I did my own research and demanded the tests that proved me right.

When I knew there was something wrong with the baby I was carrying, but they convinced me I was crazy and that baby is not here today.

When the promises of help amounted to nothing and I had to figure it all out on my own.

I don’t hand out my trust for free anymore. My trust has to be earned. I question. I think for myself. I feel free to disagree.

I spent the first forty years of my life listening and following. For the next forty, I will speak up and I will lead.

I will be the leader of my own life.

How To Set Boundaries In Relationships

People Pleasing Versus Helping People: How To Tell The Difference

People Pleaser: The ONE Question You Need To Ask Yourself